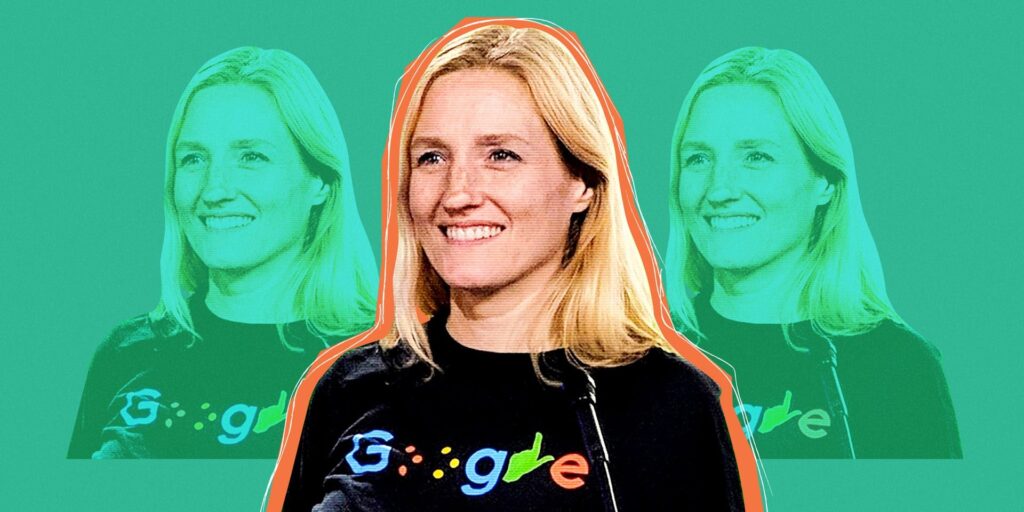 This article is part of Business Insider’s series, Coolest Jobs in Tech, which highlights people who work in unusual, exciting, or futuristic roles in the tech industry and provides an inside look at a day in the life.

When Eve Andersson joined Google in 2007, the accessibility movement was what she called a “grassroots effort.”

Andersson has been working in tech for over 22 years, and when she started at Google, she worked on the technical side of company partnerships. One day, she had a chance encounter in Google’s cafe with a friend who worked at the company, a blind engineer looking for someone to join the accessibility team. Andersson said the decision was a “no-brainer.”

“Accessibility has the potential to level the playing field for people,” Andersson told Business Insider. “It gives people the ability to go to school and learn. It gives people the ability to work and to communicate with people and to be part of society. And given that so much of what we do now is digital, accessibility plays an even more important role.”

Andersson oversees accessibility across all of Google, working with product teams to ensure existing Google products work for people with disabilities, and creating new products to be used by people who are blind or deaf, people with motor impairments, and people with other types of impairments. Andersson also oversees free tools that can be used by software engineers to create accessible software.

We talked to Andersson about her favorite Google accessibility tools, her best advice for women and minority groups working in tech, and more.

This interview has been edited for length and clarity.

What’s one story you could share that highlights why you love what you do?

When I first started working on accessibility, I never thought of myself as having any type of disability. I had Repetitive Strain Injury (RSI) off and on for 20 years, so sometimes it hurt to type a little bit, but I just thought of it like, “OK, that’s life.” But over the last few years it’s just gotten significantly worse.

Some of the products that my team has worked on and that we’ve collaborated on with other teams across Google have actually made a huge change in my day-to-day life. One is Voice Access for Android, which is something that my team works on. It lets people who can’t use their hands use their Android phone or tablet — it lets you use your voice as if it were a finger. Then another thing that I love, and maybe this is my favorite, it’s voice typing in Google Docs — you pretty much can do anything with your voice, and, at least to me, it’s really high quality.

Just anecdotally, I’ve noticed that as accessibility features get more common on devices, people who I know who wouldn’t typically identify themselves as having a disability are using these features.

Some features that were originally created as accessibility features, like auto-complete of words are now so mainstream that it’s hard to imagine living without them. There are a billion people in the world who have a disability, but all the other people in the world without disabilities all have situational impairments. For example, if you’re out in bright sunlight, your vision has been reduced, so it’s really important to have good accessibility of apps on phones so that people with low vision and people who are outside can see them.

Walk me through your morning routine. What’s a typical day?

In my role, collaboration is crucial. So, a huge percentage of what I’m doing every day is about meeting with people. When I did go to the office and wasn’t working from home, my typical office hours were about 9 to 5. I spend most of my day in meetings.

I tend to be an integrator, which means that I combine personal and work life. So, it’s not unheard of for me to type out or speak out the answer to an email in bed. And as a mother, I often unplug when I get home to spend time with my family and then wrap up a few things at work after bedtime. I tell my team that just because I write an email at 10 p.m. does not mean that they have to reply at 10 p.m.

How do you make time for yourself? What are some ways you unwind and stop thinking about work?

I have a beautiful 3-year-old boy. I care so much about his development and his happiness, and I love spending time with him. When I’m with him, I really try to focus and give him all my attention. We play and we build things. He loves Legos and I think they’re pretty fun, too.

Do you have any advice for young people, especially women or minority groups, who are just starting out in tech?

You don’t have to wait for permission to take action. I think especially people from underrepresented backgrounds often experience imposter syndrome, or they just might feel like they need that stamp of approval. And that’s not necessary. People should trust their point of view and just do it.

What’s the biggest piece of money advice you would give to anyone starting a career in tech?

I think the number one most important thing to do is to start saving for retirement early. Which of course means living well within your means — which can be really tough in San Francisco — and putting away a large amount of your savings, because of compounding interest. I actually wish I could tell the 20-year-old me to just make the sacrifices and do it.

You’ve lived in Argentina, the UK, Central America, the Bay Area and more — what’s been your favorite city and why?

San Francisco, because I love the people. I think the people are really warm here, and it’s easy to make friends in San Francisco. We know most of the families on our block.

Definitely the food. I’ve been working from home, and I’m feeling a little bit malnourished. So, I think that is what I miss the most.