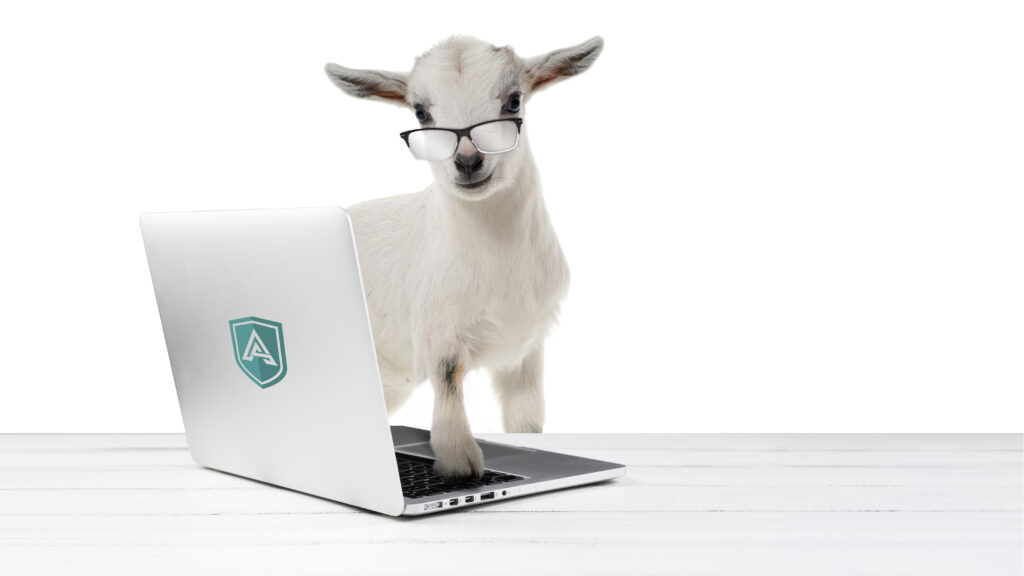 Digital accessibility achieved the impossible today when the software team at Accessibility Shield launched software that allowed goats to surf the web. The breakthrough has broken down the barrier between people and animals while at the same time pushing the web into a new realm of accessibility.

“This happened by accident, but it’s going to change everything,” said Jason McKee, chief marketing officer with the company.

Apparently one of the co-founders of Accessibility Shield maintains a goat farm in his spare time. David Middleton, who was working from home due to the Corona virus, left his office door open when he went to tend to the goats Wednesday morning. One of the goats sauntered into the office and made its way to Middleton’s computer, which had just started running the latest version of Accessibility Shield’s software, which the industry has been buzzing about for months. The goat, which Middleton had named William, was able to use the program to access Middleton’s social media accounts.

“I was spending some time in the field with my favorite horse when I got an alert on my phone about a Facebook post. I realized it was coming from my own account so I went back into my office to investigate and found William standing near the keyboard looking back at me. When I realized what was happening I almost fell over.”

William the goat started typing new messages and Middleton found himself in a real-life Dr. Doolittle situation. “The first thing he wrote was that his name wasn’t William. It was Steve.”

Learning that goats had their own names was just the first in many surreal and fascinating details the goat shared. Some were scientific and mind-blowing, like the fact that the goats communicate with the other animals on Middleton’s farm. Others were comical, like when Steve the goat posted that he and the rest of the herd have a long-running dispute with Middleton’s pet cat.

“Larry has been harassing us for years and we’re just not going to take it anymore,” the goat said.

In addition to learning that goats and cats communicate with one another Middleton also learned that his cat, which he had been calling Murph, was actually named Larry.

“It’s great that we have figured out a way to break the language barrier between people and animals,” Middleton said. “And I also learned my cat’s real name.”

Accessibility Shield has been inundated with requests for the software, which the company plans to roll out in an open-source format later this year. They are receiving calls from venture capitalists, animal rights groups, scientists and even the U.S. government. “The White House called and asked us if we could talk to an owl for them,” Middleton said. “Apparently Trump believes in the old wives tail that owls are wise and he thinks they might be able to help him put together a plan to deal with the Corona virus.”