NEW YORK (Reuters) – A blind man completed a 5-kilometer (3.1-mile) run in New York’s Central Park without a guide dog or human help this week. His navigation aid? Artificial intelligence through headphones plugged into a smartphone. 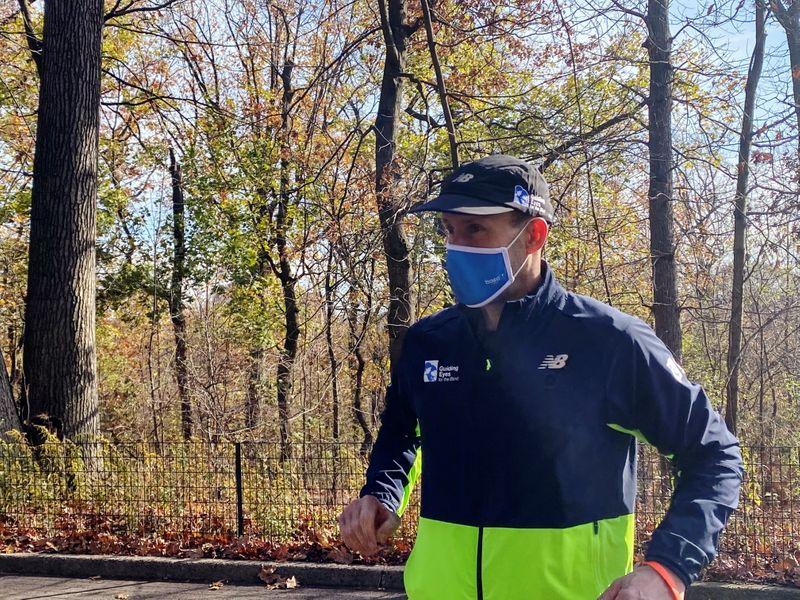 “The safest thing for a blind man is to sit still. I ain’t sitting still,” said Thomas Panek, 50, who lost his vision in his early 20s due to a genetic condition and runs Guiding Eyes for the Blind, a guide dog school.

The marathon enthusiast got tired of having to follow slower runners as a guide. So he decided a year ago to find a way to run solo.

He turned to Google to find a way for a phone to “tell me where to go,” said Panek, who believes “humans are born to run.”

He worked with the Alphabet Inc unit to create a research program. A smartphone camera picks up a painted ‘guideline’ on a running track. An app detects the runner’s position and gives audio guidance through an earpiece.

“It’s like teaching a kid how to learn where the line is,” said Google researcher Xuan Yang.

Pandemic-related social distancing gave a boost to the research to circumvent human and canine helpers.

“To be able to be here, it’s real emotional,” Panek said after his test of the app on a chilly fall afternoon, in an event sponsored by Google and the New York Road Runners Club on Thursday.

“It’s a real feeling of not only freedom and independence, but also, you know, you get that sense that you’re just like anybody else.”