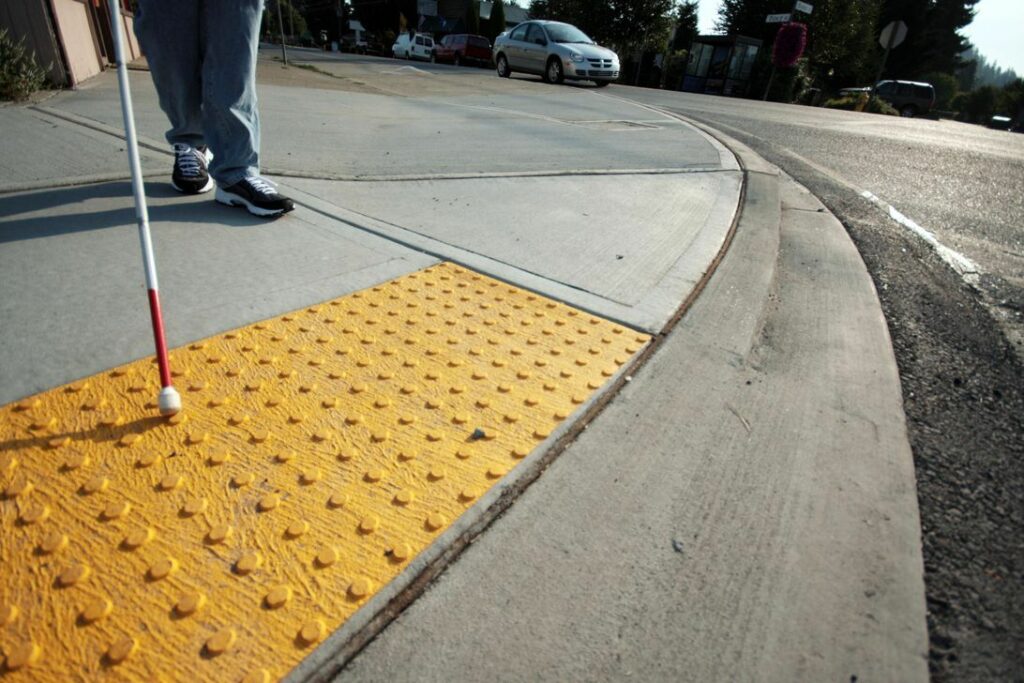 The pizza chain is asking the Supreme Court to review a case that could push business websites to better serve people with disabilities.

This is part of CNET’s “Tech Enabled” series about the role technology plays in helping the disability community.

When the Americans with Disabilities Act was passed in 1990, the internet wasn’t yet a critical part of our lives. We weren’t connected to it 24/7, and we didn’t rely on it to handle everyday tasks and provide a steady stream of information.

Times have changed. Today, we depend on the internet to carry out a variety of functions, from paying our bills to booking travel to keeping in touch with family and friends. Just about every resource is accessible with the touch of a button, and it’s become nearly impossible to separate the digital world from the physical. But for people with disabilities, who make up around 15% of the global population, accessibility hurdles continue to prevent them from fully reaping the benefits of 21st century innovation.

Many websites still aren’t designed and coded so that people with disabilities, ranging from visual to auditory to cognitive, can use them. Americans with disabilities are nearly three times as likely to never go online. They’re also around 20% less likely to have home broadband and own a computer, smartphone or tablet, according to Pew Research Center.

The issue is coming to a head thanks to a potential Supreme Court case involving a blind customer and an unlikely defendant: Domino’s Pizza.

Guillermo Robles sued the restaurant in 2016 after he wasn’t able to order a custom pizza from its website and app, even while using screen-reading technology. The appeals court in the Ninth Circuit sided with Robles, ruling the ADA does in fact apply to websites and apps of businesses with physical locations. Now, the company is asking the Supreme Court to review the case. It’ll decide whether to do so in the fall.

“The internet, without reservation, is the world’s largest infrastructure,” said former Rep. Tony Coelho of California, who authored the ADA. “That, in effect, means that [Domino’s is] covered by the ADA. The courts have ruled that.”

Domino’s and Robles’ attorney didn’t respond to a request for comment.

Keeping up with technology

One reason many businesses lag behind when it comes to accessibility is a lack of enforcement, Coelho said. In 2010, the Justice Department said it was going to put out web accessibility regulations, but it ultimately ditched that plan in 2017. Courts have ruled the ADA applies online, but that hasn’t been enough to convince businesses across the board to implement accessibility initiatives.

People are getting fed up. Last year, the number of website accessibility lawsuits nearly tripled compared with 2017, according to an accessibility blog by law firm Seyfarth Shaw. One of the biggest challenges to making sites accessible is that unlike physical spaces, the digital world is constantly changing. That can make keeping up with regulations difficult, said Minh Vu, an attorney at Seyfarth Shaw.

“If you put in a ramp and you make it correct, that’s pretty much the end of it,” Vu said. “Even if you make a website accessible one day, a year from then or even six months from that time, the website may fall out of compliance because things change all the time.”

Vu says businesses need regulations so they can know how to make their sites accessible. Without them, she said, “the business world isn’t necessarily changing because they don’t really know what the standards are.”

Lucy Greco, a web accessibility evangelist at the University of California, Berkeley, who is blind, says that isn’t a strong argument. Resources like the Web Content Accessibility Guidelines describe the standards of an accessible site, such as compatibility with software that can read content aloud, the inclusion of subtitles on videos and allowing people to operate functions with keyboard commands.

Additionally, even without Justice Department regulations, courts have ruled that websites need to be accessible, she said.

“People are trying to find a scapegoat, and the scapegoat to them is that the law isn’t clear,” Greco says. “The law has been pretty clear.”

The issue, Greco added, is that people lack education on how to create accessible products and platforms. There are programs geared toward changing that, such as Teach Access, a collaboration between industry partners and faculty from partner universities that helps educate college students about these issues. Greco says it’s critical for companies to hire developers with disabilities or make sure they understand accessibility matters.

Chris Danielsen, a representative for the National Federation of the Blind, said there also needs to be a person or team within a company that’s responsible for vetting content and making sure it remains accessible.

“Accessibility isn’t a one and done thing,” he said, “because websites are changing all the time.”

Many companies point to cost as a major roadblock to making their sites accessible.

Going back and making a site accessible — as opposed to building it that way from the start — can be costly and time-consuming, which is why some businesses push back against proposed changes, Danielsen said. They say those regulations are too burdensome to implement.

But accessibility advocates argue it would actually be financially wise to make the necessary changes. If more people can use a site, Coelho noted, there’s a higher likelihood that more people will purchase a company’s products and services.

“It’s a huge mistake for somebody like Domino’s to ignore the disability community,” he said. “It’s a poor business decision not to comply.”

If the Supreme Court takes the case, it could decide the extent to which the ADA applies to websites. Vu said it could provide clarity on what companies should be doing to comply with laws and regulations.

“People like to demonize Domino’s for trying to take this case to the Supreme Court, but the point of the case really is that businesses are entitled to know what their obligations are,” she said. “Websites are pretty darn complicated, and you need rules.”

Others, including Greco, Danielsen and Coelho, hope the Supreme Court doesn’t take the case and the lower courts’ decision stands. They’re optimistic that’ll happen. The Supreme Court usually takes a case if a novel issue is presented or if lower courts are split on an issue, which isn’t the situation here. The Ninth Circuit followed its own precedent by ruling that Domino’s is covered by the ADA because it has physical pizza restaurants.

If the Supreme Court does take the case and rules the internet doesn’t fall under the ADA, Coelho said Congress would have to consider legislation to clarify that the ADA was in fact meant to include the internet.

No matter what the outcome, Danielsen says, this is about something much bigger than just one court case.

“This is not about whether a guy can order pizza from a particular pizza restaurant,” he said. “It’s about whether blind people are going to be able to participate in society in the 21st century.”